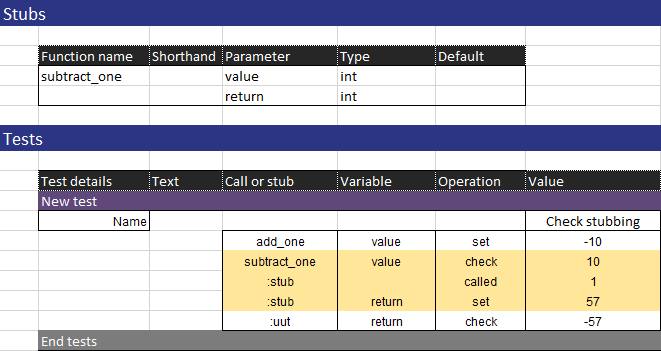 RapiTest lets you stub (replace or modify) functions in your source code in multiple ways. While these terms may be used differently by various members of the critical software industry, RapiTest supports the following types of behavior:

While RapiTest supports all of these behaviors, it does not make a distinction between them. It stubs functions to represent the behavior specified in test cases.

RapiTest stubs include a wide variety of functionality, including letting you check how many times a stubbed function is called during a test.