The efficiency of our tools is an important way in which we can offer our customers savings in terms of time and money. We are constantly refining our tools to improve this efficiency, which has recently included the adoption of new Ada language processing technology. The incorporation of libadalang will allow quicker support of new language features and speed up the analysis of customer code, especially for larger projects.

Rapita Verification Suite (RVS) contains a range of products to help customers analyze and test critical software, providing tools for instrumentation of timing and coverage, tracing, test generation and static analysis. These tools share a preparation database that contains an abstract representation of all the source code for a given customer project. Currently Rapita supports Ada, C, C++ and several assembly languages. A language-specific parser reads a source file and puts a representation of the code in the database. The structure is shown below.

Once the project is in the database, separate analysis tools can be run as needed, including interactive ones that allow you to guide the activity. This structure allows parsers and tools to be added or extended without disrupting anything else. In the rest of this article, we consider the process of safely changing an existing parser. We shall describe how and why Rapita changed the parser for C and C++, without disrupting customers’ work, and how it will do the same for Ada.

The evolution of programming languages

C and C++ support was originally provided by separate ad-hoc parsers. Programming languages are periodically revised, introducing new language rules and constructions, which customers wish to use (often to support third-party libraries). The ad-hoc parsers became hard to extend and maintain to track those changes. Two years ago, Rapita developed a replacement parser based on a production C and C++ compiler that would support those languages as they stood, and as they continued to evolve.

That new support for C and C++ was introduced carefully. First, it had to pass the same extensive suite of end-to-end tests as the existing parsers. Next, the old and new components were provided side-by-side, with the old ones used by default. The new one could, however, be selected explicitly, allowing its use for new integrations, but with a fallback available to the old components if necessary. Eventually, existing integrations also used the new component, and the old was deprecated. Finally, the old one was discarded. The Rapita tools continued to take their input from the database and could remain unchanged.

In a similar way to C and C++, Ada too has evolved: Ada 83, 95, 2005, 2012 and soon 2020. Unlike the ad-hoc parsers originally used for C and C++, Rapita’s Ada processing uses the GNAT Ada compiler, which does track language changes. As part of the process, however, GNAT produces an elaborate intermediate form (ASIS) that has begun to creak with age. A separate Rapita program converts ASIS into database entries. Adding support for more language features has not always been straightforward, and the two-stage process is relatively slow and inefficient since the extra intermediate form must be written out by GNAT and read back in by the conversion program.

Harnessing the power of libadalang 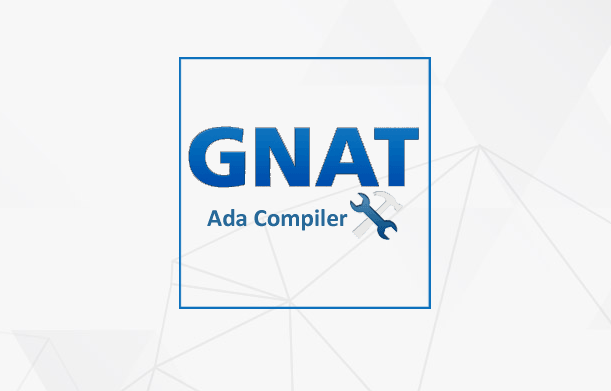 AdaCore, GNAT’s author, has developed a new library libadalang specifically written to make it easier to build tools to work with Ada programs, for example better IDEs. Rapita is using libadalang to build a replacement for the GNAT-based Ada processing in the pipeline shown above. From a customer’s perspective, this will allow quicker support of new language features. Avoiding significant IO between two separate programs reduces the clock time taken to produce the preparation database, speeding up the analysis of customer code, especially for larger projects. Finally, the process for introducing the new component will mimic the one described above, successfully used for C and C++, to ensure a smooth transition. 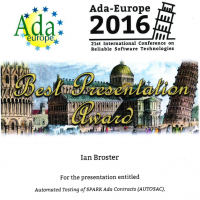