RapiCover and RapiCoverZero justifications let you mark untestable code as covered by analysis. This lets you provide a rationale for why the code cannot be tested, such as it being defensive or on an infeasible path. You can attach files such as requirements to justifications so you can trace them back to requirements.

Justifications are qualifiable for use in DO-178B/C and ISO 26262 projects. 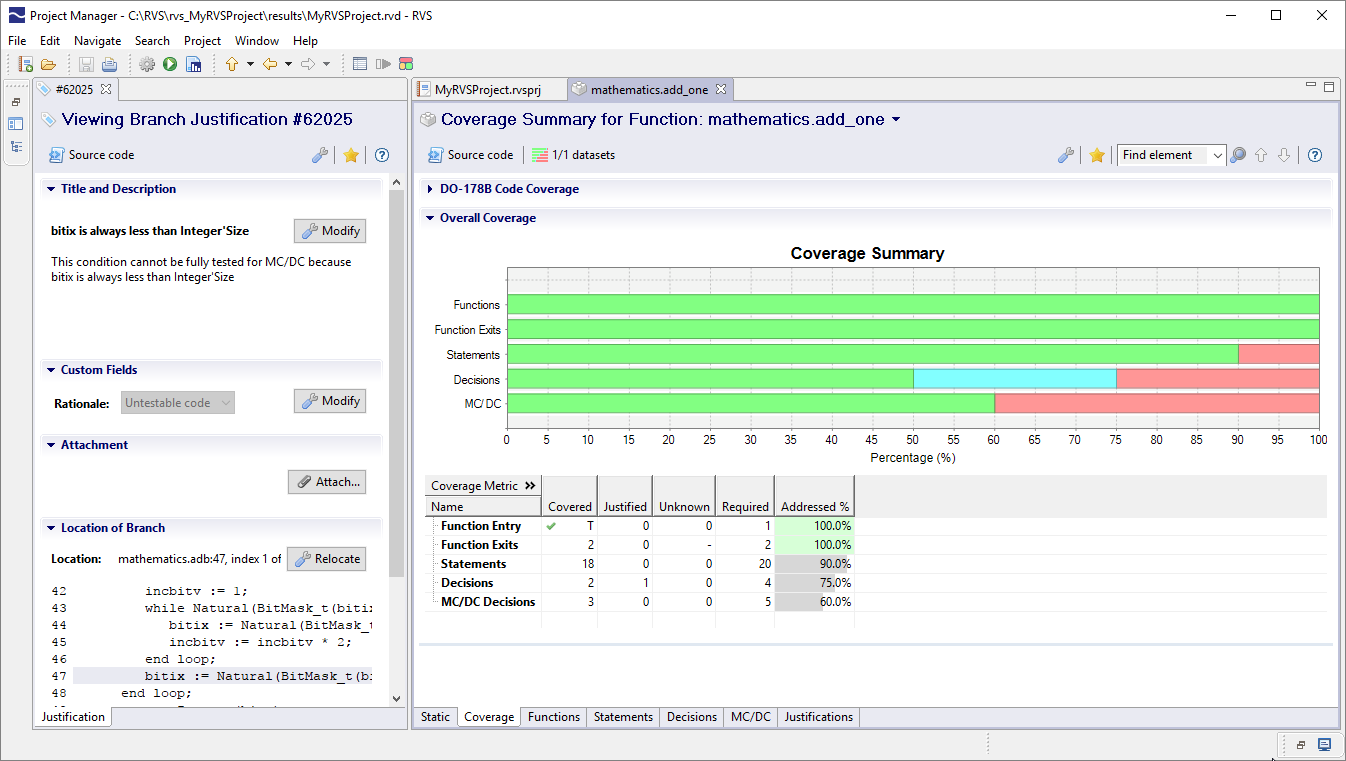 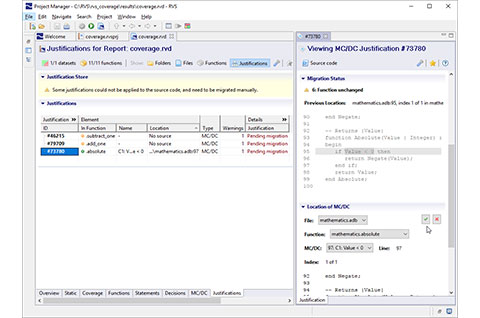 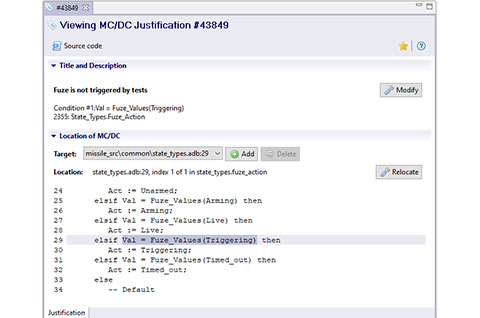 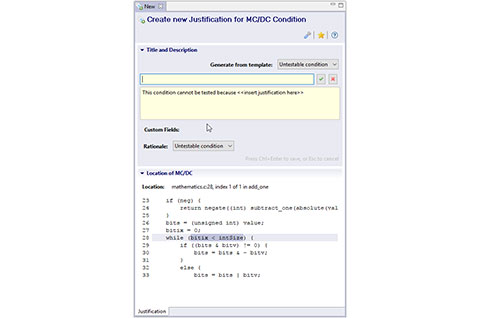 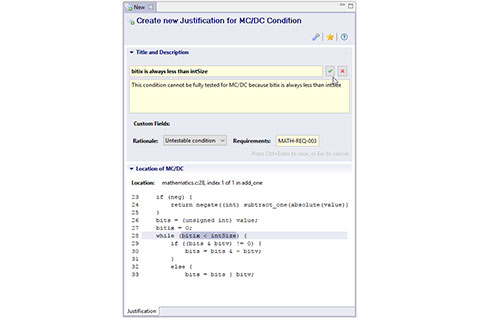